This blog post can be divided into two parts: in the first part I will write a Spring Boot RESTful API and in the second part I'll show how to use JSONDoc to document the created API. Doing the two parts should take a maximum of 15 minutes since creating an API with Spring Boot is very easy and fast, and the same goes with documenting it with the JSONDoc Spring Boot starter and UI webjar. I'll skip tests creation for this example, since the main goal how to document the API rather than writing and testing it. 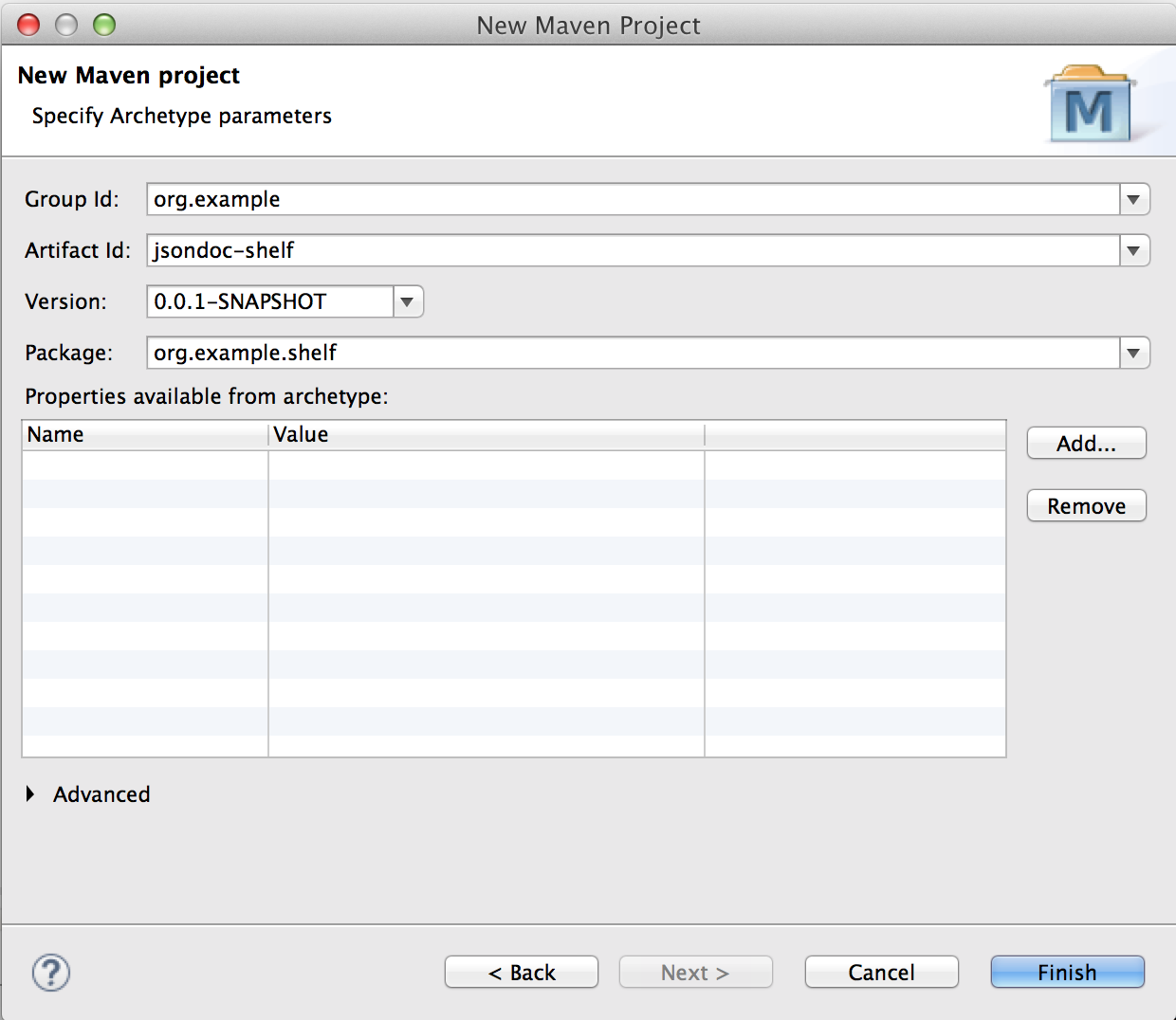 and declaring the needed dependencies for the API:

I also added Lombok to let me keep my code cleaner. The resulting pom looks like this:

This application will be a collection of services to manage a simple shelf. There will be two entities:

To do this I will create the usual components to manage the persistence and controller layers:

For this example I will skip the service layer. I will also create a DatabasePopulator class, implementing CommandLineRunner so that at startup there will be some data in the in memory database. Let's see the entities, repositories and controllers code:

It's now time to write the main class to run the application. I'll call it Shelf and also in this case, thanks to Spring Boot, it's very simple:

By running this class we can actually verify that the application is responding as expected to requests. You can easily test that the API work by using curl:

Document the API with JSONDoc

Here is the interesting and new part, i.e. using the JSONDoc library to annotate your code and automatically produce its documentation. To do that you have to declare the JSONDoc dependencies and insert a little code in your classes. Let's see how to do that:

With the JSONDoc starter you can enable documentation generation just by adding @EnableJSONDoc to the Shelf class, which will be like:

Next thing to do is configure JSONDoc to scan your controllers, objects and flow classes. To do that just add some entries to the application.properties file (create it under src/main/resources if you don't have it)

JSONDoc can grab several information from the Spring annotations to build the documentation. Anyway it is an opt-in process, meaning that JSONDoc will scan classes and methods only if annotated with its own annotations. For example, to properly document the BookController, here is how the JSONDoc annotations should be used:

The same goes for AuthorController.

Next thing to do is to put some JSONDoc annotations also on objects that need to be documented, in this case Book and Author. Here is the resulting Book class:

And also in this case, the same goes for Author.

Checkpoint: start up the application

Before going ahead with documenting flows, let's startup the application and see what happens:

This is a good moment to take some time to explore the interface and play with the API in the playground.

By flow I mean a subsequential execution of a number of API methods aimed to achieve a goal, that could be purchase a book, or browse the catalog and get the book details. There are cases in which the flows could involve several methods, and API users could need to know which is the correct sequence of methods to call to achieve an objective. In this example I can't think of meaningful flows, but let's assume that I want to document the sequence of methods to browse the shelf and get an author's detail passing through a book I choose, so the resulting flow for this use case would be something like:

To document this flow you just need to follow these steps:

Let's see how I did it. Here is the class holding the flows of the application:

Here is the class containing the methods IDs to be referenced in the annotations:

Here is the resulting BookController, after having specified the id property:

And finally the application.properties file, with the new package:

Here is the resulting structure of the project: 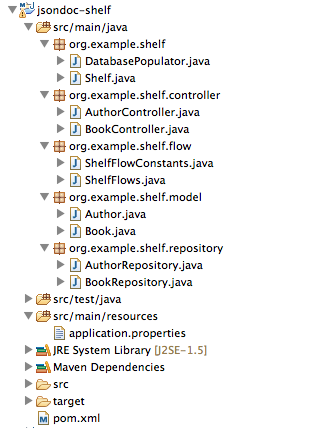